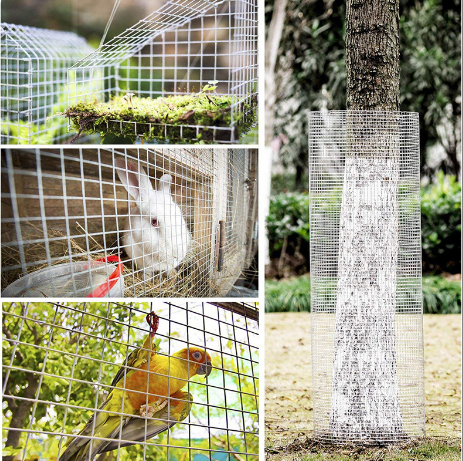 They will attempt the impossible. A daring escape. A run from the authorities. An epic journey across an unforgiving landscape that will test their will to survive. Their only resources, tenacity, determination, ingenuity, and each other. Their one hope, find the rabbit-proof fence that might just guide them home. Based on a true story. This is based on the true story of Molly Craig, a young half-white, half-Aboriginal girl who leads her younger sister and cousin in an escape from an official government camp, set up as part of an official government policy to train them as domestic workers, and integrate them into white society.

With grit and determination, Molly guides the girls on an epic journey, one step ahead of the authorities, over three thousand kilometers one thousand eight hundred sixty-four miles of Australia's outback in search of the rabbit-proof fence that bisects the continent, and will lead them home. These three girls are part of what is referred to today as the "Stolen Generations". Sign In. Edit Rabbit-Proof Fence Jump to: Summaries 6 Synopsis 1. The synopsis below may give away important plot points.

Getting Started Contributor Zone ». Edit page. The fence is a symbol of colonisation. It seeks to tame the land and keep out the introduced scourge of rabbits, but it also becomes a link between worlds. The fence was built in to stop rabbits migrating into Western Australia from the east, but there ended up being more on the WA side of the fence than on the South Australian. It provides a graphic example of the failed attempts by Europeans to understand their new environment and brings home the fact that European impact could not be tempered.

Depots like Jigalong were established as part of maintaining the fence. Molly is the first half-caste born at Jigalong. Her cousins, Gracie and Daisy, follow. Half-castes become a distinct part of the community and represent the conundrum of being caught between two worlds. And so the wheels of removal are set in motion and the girls are designated to the Moore River Settlement. Unlike the heart-wrenching scene in the movie where the children are ripped from the community, in the book, Molly and Gracie are given over almost as a fait accompli with Daisy later joining them , but the loss is no less heart-breaking.

That a white man feels the situation is beyond his control says much about the compulsion of the law and the sense of inevitability of removing children from one world to place them into another. Pilkington describes the long journey the girls take to the Moore River Settlement — by boat and car — and what is striking is how the white people they come into contact with seem to express a benevolence and kindness towards the girls. For them, such forced separations are both necessary and inevitable even if the situation is also tragic and pitiable. But for me, this is not so much a book about the stolen generations as a story about the power of family and connection to country.

Molly is clearly the leader in this, confident that her bushcraft can lead them home, and the younger girls trust her decision, her strength and her determination. In this there is the irony that the removal policy focused on half-castes, in the belief that they were more likely to lose their connection to family, community and country. Molly and the girls knew about the fence and are armed with finely honed bush skills. We see the curious role that black trackers played in hunting down their own people to send them back to the places they have fled and the complex relationships Aboriginal people have with pastoralists, who warily yet generously provide food for the girls, knowing they are fugitives but not actively helping or hindering them.

The officials seeking to recapture them assumed that the girls would not be able to make it home, underestimating their self-sufficiency and ability to adapt to the environments they encountered. The escape and journey home challenged the Department of Native Affairs. It was clearly underfunded for its tasks of providing education, support and provisions for Aboriginal people and it was under-resourced in its efforts to find Molly, Gracie and Daisy. Gracie is eventually recaptured, but Molly and Daisy make it home. They are immediately taken out to the bush, away from the tighter surveillance of Jigalong Depot, though it is clear from the official paper trail that their movements were followed by the department throughout their lives. She became a nursing aide, a wife and a mother to six children.

Doris seemed to find a kind of closure to what had happened to her as a child and to how she felt about herself when she took the journey home to Jigalong, where she had been taken from her family. She learnt her traditional language in the hope that she would be able to speak with the older people. Doris had to reconcile the joy of home-coming with some painful questions. Why had she been taken, and not her younger sister, Annabelle, who had been left behind? Why had she been abandoned at the age of four and a half, not to see her mother again until 21 years later? I am interested in the choices authors make when facing the challenges of writing a story drawn from memory. There are always gaps in the family knowledge — the removal policy certainly complicates the ability to tell complete stories as sometimes relatives were dislocated permanently.

Then there is the problem that, if five family members attend an event there will be five — sometimes more — versions of what happened. The challenge for Pilkington also includes the time lapse between when she was writing her book and when the events actually occurred. Memories are not always correct or complete. The challenge for the author is: How do you fill in the gaps, especially when so much time has passed? And how do you decipher that when your characters and sources use seasons and landscape, instead of time and numbers, to remember when and where things happened? Doris addressed some of these conundrums by relying on an amalgam of official documentation, as well as the memories of her own family members.

She took the skeletons of facts from the archive — dates, locations — and then fleshed them out with memories, anecdotes and recollections. She then added further colour by imagining what characters might feel and how they might react. This is the craft of the writer who chooses to tell a family history as a story. I think of Doris so meticulously researching her story, using the skills that she went to university to learn, knowing that it was the quintessential tale to speak across generations and cultures about the cruelty, impact and legacy of the policy of removing Aboriginal children from their families.

I think of how insular and introverted the atmosphere is in libraries — even more so in archives — where you breathe in the dust and the smell of slow-rotting paper. There are so many clues to the stolen lives of Aboriginal people in those archives. In an ABC radio interview , Doris said that the cruellest thing she ever did was to accuse her mother of giving her away. When I see how Doris lovingly crafted her story in Follow the Rabbit-proof Fence , I am reminded again about the deep regret she had for the flash of unintended cruelty she showed to her mother. When I sit down to write, I do it because I want to tell a story, but I rarely do it just to entertain. In addition to the specific focus on the issue of the Stolen Generations, Rabbit-Proof Fence explores themes such as Aboriginal spirituality, relationships with the land, family bonds, courage, determination and faith.

What is the purpose of the Rabbit Proof Fence? The rabbit-proof fence was built to protect Western Australian crops and pasture lands from the destructive scourge of the rabbit. Introduced to Australia in Victoria in the s, the pest rapidly spread across eastern Australia. What happened to Molly in Rabbit Proof Fence? Molly Kelly, the Aboriginal heroine of the film Rabbit-Proof Fence, has died with one regret: she was never reunited with the daughter taken from her 60 years ago. Molly died in her sleep at Jigalong, Western Australia, after going for her afternoon nap on Tuesday.

And what a fence it was!